To celebrate the 35th anniversary of The Legend of Zelda, we’re running a series of features looking at a specific aspect — a theme, character, mechanic, location, memory or something else entirely — from each of the mainline Zelda games. Today, Mitch discusses goofing around with puzzles in one of the lesser-known, under-celebrated entries in the series…

By this point in time, what is there left to say about Breath of the Wild? Nintendo’s seminal ‘Open Air Adventure’ has rightfully garnered universal acclaim for how effectively it deconstructed the Zelda formula without losing the core of what makes the series great. The art style struck that nice balance between the gritty realism of Twilight Princess and the cel-shaded expression of Wind Waker. The massive overworld and relatively freeform structure instilled a sense of wonder and exploration that previous entries could only hint at. There was no annoying support character to pop out every four seconds to spoil puzzle solutions or reprimand you for letting your batteries get low. It’s no exaggeration to say Breath of the Wild is both the most important and ambitious entry in the series since the original release on NES, and there’s plenty of new or retooled elements you could point to that would back that claim.

For all its innovation, though, what stuck out the most to me in my first run through Breath of the Wild was its open-ended approach to puzzle design. Puzzles in previous Zelda games were always engaging, but that age-old ‘lock-and-key’ design did start to lose its luster a bit over the years. Shooting a projectile at a crystal or an eye shaped decoration on the wall felt great the first time, but doing it for the twentieth time four games later felt more like watching reruns of a show you’ve seen too many times already.

I knew Breath of the Wild was going to be a different approach to the series, but I’ll admit that my expectations were tempered as I came into it. The game industry—both fans and creators—certainly has a tendency to overhype the new entry in whatever series as the ‘biggest and best’ experience ever, when the reality is usually something a little less exciting. And while the E3 demo I played when it was revealed was certainly a promising proof of concept, there was a lingering doubt in my mind that Nintendo wouldn’t quite be able to stick the landing. 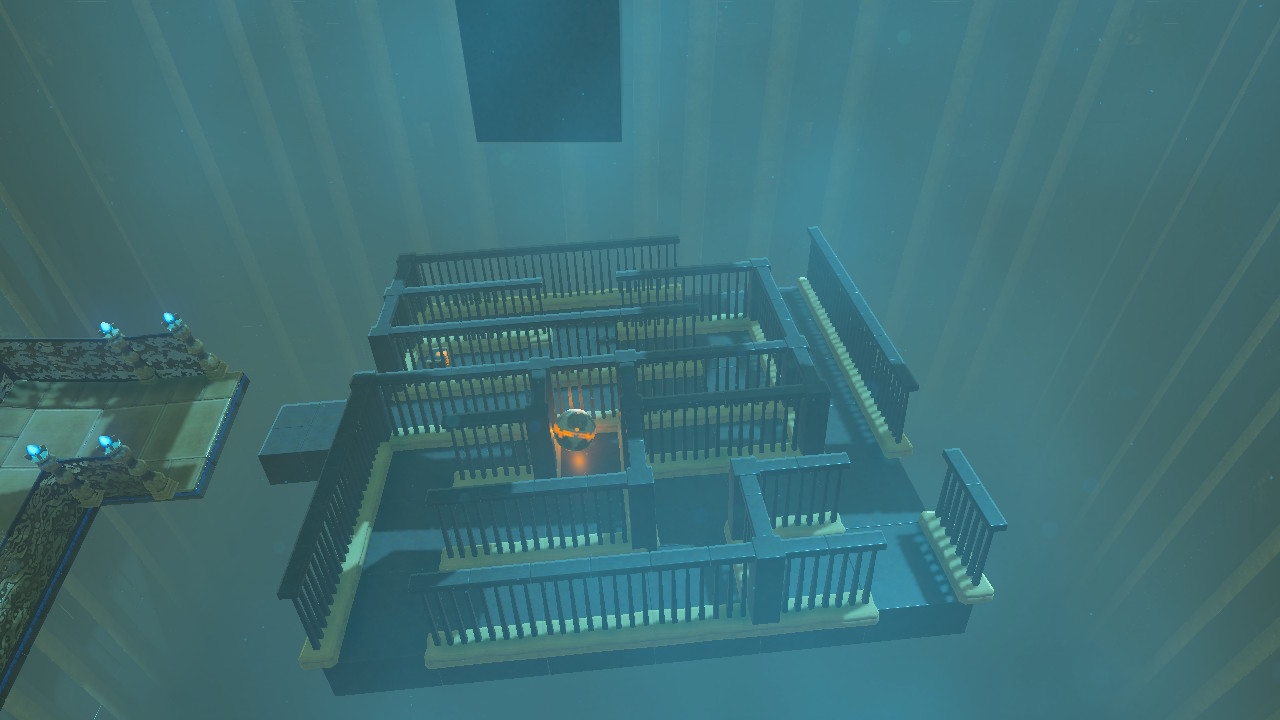 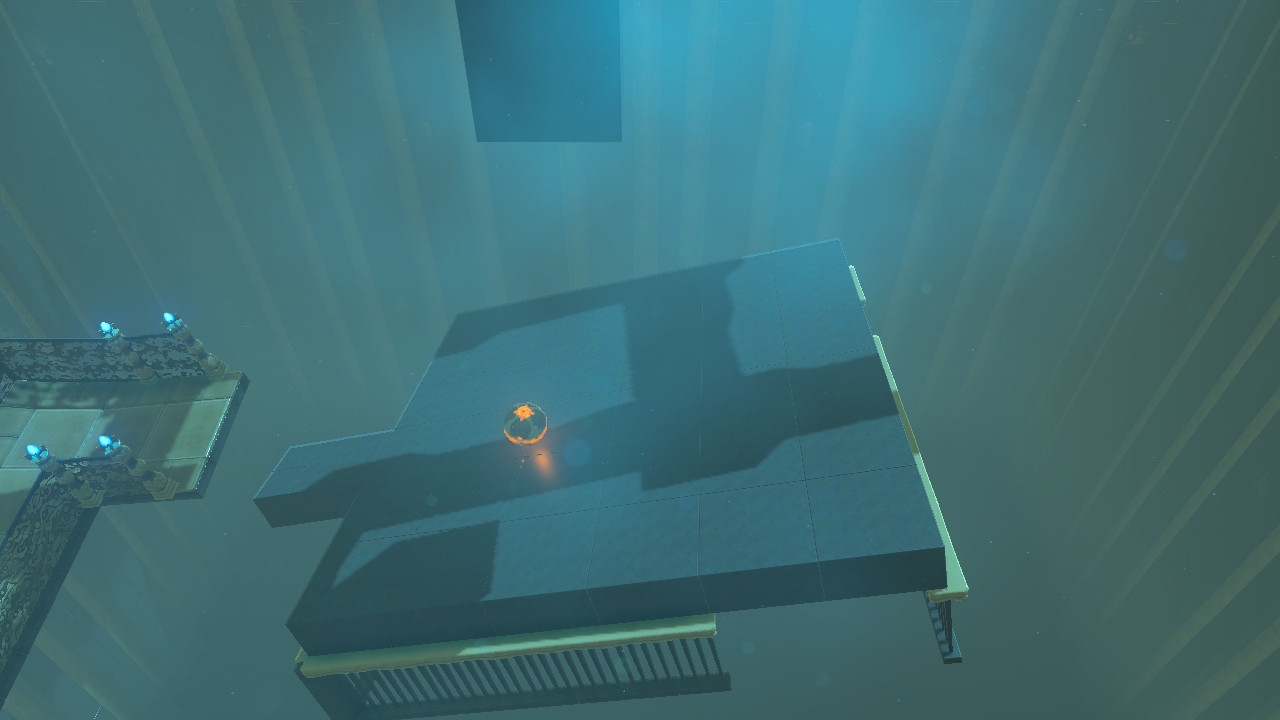 It might have involved some controller-based acrobatics, but Breath of the Wild made gaming the system in shrines a legit strategy.

My concern was that a lot of the cool new ideas would be underutilized or quickly swept aside in favor of a safer, more comfortable direction, and so I was preparing myself to find some way to be excited when I was again asked to fire an arrow at a crystal to open a door.

The moment that finally broke my sceptical mindset came relatively early in my playthrough, as my eyes were finally opened to what the new approach to puzzle design would mean going forward. I’d stumbled my way into the Myahm Agana Shrine, which is the one with that annoying ball and maze puzzle that requires you to use motion controls. It was a cool idea — I appreciated what they were trying to do with it — but I just could not get that silly ball to go where I wanted it to.

Frustrated, I decided that I’d maybe come back to the shrine later to finish it, and I set my Joy-Con down for a moment. In doing so, the slightly desynced motion controls caused the maze to tilt heavily to the side, revealing to me a possible way out.

There’s no way this’ll work, I thought, as I picked up the controller again to test my idea. Sure enough, you could just flip the maze over and have the ball drop onto the smooth underside, instantly turning the puzzle into a simply bypassed obstacle. I was dumbfounded, to say the least. And while I’m sure that the designers were aware that’s a possible approach to the puzzle, it very obviously was not the ‘solution’ to the challenge I was presented with. It totally changed the way I approached Shrines from that point forward, as I recognized that the rules for this Zelda game were actually different.

It totally changed the way I approached Shrines from that point forward, as I recognized that the rules for this Zelda game were actually different.

This point was driven further home later on when I came into the Kay Noh Shrine. Here, I was asked to find these big batteries to power nodes that would open doors leading to the goal. Starting out, things were going just fine, but I got stuck when I made it to the last door and couldn’t find the final battery to open it. For this one, I looked through a thread on Reddit discussing solutions to various shrines, and somebody on there mentioned that they solved it by just laying out a bunch of metal weapons to create a path for the electricity. No final battery required. It definitely didn’t sound right to me, but I figured it’d be worth giving a shot and, sure enough, the door opened for me.

It’s moments like these that were the most impactful in showing me that Nintendo really was sort of soft-rebooting the Zelda franchise with Breath of the Wild. Whereas previous titles always had a sole solution to each of the various obstacles in your way, this new entry dared you to think a little bigger. If you didn’t like the rules, you could simply bend them to your will and make a solution. After all, why shouldn’t you be able to use the underside of a maze to take a shortcut to the solution?

Above all, this design mentality has made Breath of the Wild the most personally resonant game in the franchise. By that, I mean that everyone’s journey through will look a little different and play out in a way that’s unique to their playstyle. We all encounter the same obstacles and traipse around the same world, but how we engage with it depends on who’s holding the controller. I’d imagine there are plenty of people out there who have never discovered the more esoteric ways to approach puzzles and have marched through using the ‘intended’ solution every time.

On the other hand, you have all the streamers and enthusiasts that have found increasingly ridiculous and contrived ways to utilize the emergent systems to serve their ends. Unlike all the previous entries, there aren’t any strictly right answers here; it’s more about empowering you to arrive at an answer that fits you.

All of this is to say, I hope Nintendo continues to focus on this creativity-first approach to its Zelda formula, and that it expands on Breath of the Wild’s ideas in a way that creates ever more space for that personal touch. There will always be a place for the old-school approach to Zelda games—I’m especially hoping we see more 2D entries in the near future—but I personally find it a bit difficult now to go back to the older games and their decidedly more ‘limited’ design. The future of Zelda rests in the expansive and emergent design they prototyped with Breath of the Wild, and I’m sure we’ll be wowed all over again once we see what’s in store for its follow up.