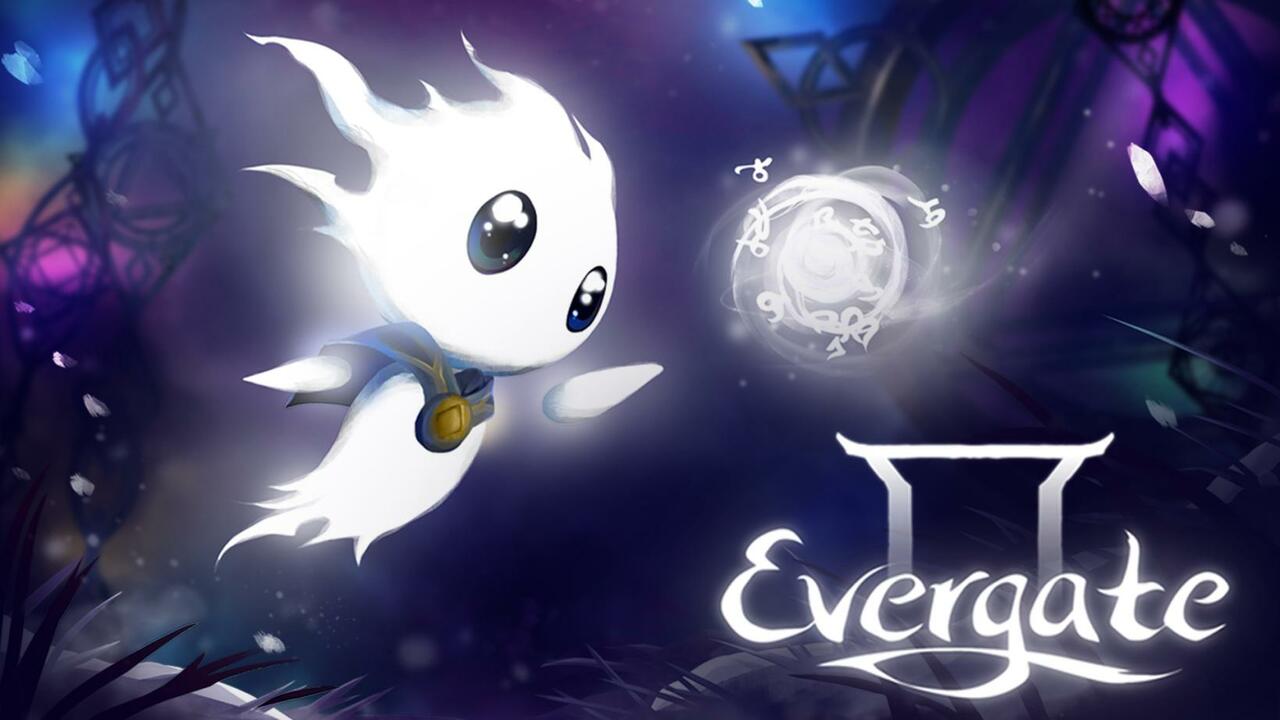 Later this year, Switch’s impressive library will gain a gorgeous, otherworldly platforming adventure by the name of Evergate, the debut game from Boston-based indie outfit Stone Lantern Games. Following a successful round of crowdfunding early last year, the game is coming courtesy of publisher PQube and combines puzzle-platforming with a deeply personal story spanning multiple cities and even planes of existence.

We recently caught up with Kent Willis, lead and designer on Evergate, alongside Cynthia Lu (artist and animator) and M R Miller (music and sound) to find out more about this evocative indie and the story of its journey to Switch.

For anyone who might have missed the announcement back in May, tell us a little about the world of Evergate and the main character Ki.

Evergate is an adventure through a soul’s reincarnations throughout time. The afterlife, where your journey begins, acts as a platform from which you dive into memories of Ki, a child-like soul, and visit areas of the world she once lived. Whether it’s snow-swept Alaska, war-torn London, or a futuristic New York City, each memory you enter will reveal more about an important connection you have with your kindred spirit. As the afterlife is overtaken by a terrible storm, your personal journey will intertwine with a desperate attempt to save the cycle of life.

The gameplay centres around the Soulflame mechanic – can you explain how that works?

This question makes me chuckle a little, because the Soulflame is easy to understand when it’s in your hands, but we’ve struggled to put it into simple words. I’ll give it a try: The Soulflame allows you to use crystals throughout the afterlife to solve puzzles. As long as you aim through a crystal and fire the Soulflame, it will unleash powerful and helpful effects like boosts, teleportation, platform formation, and more. The catch is that the Soulflame only works if it also connects with the Source, a white powdered surface found throughout the afterlife. This adds depth to the planning and execution that elevates Evergate’s challenges. 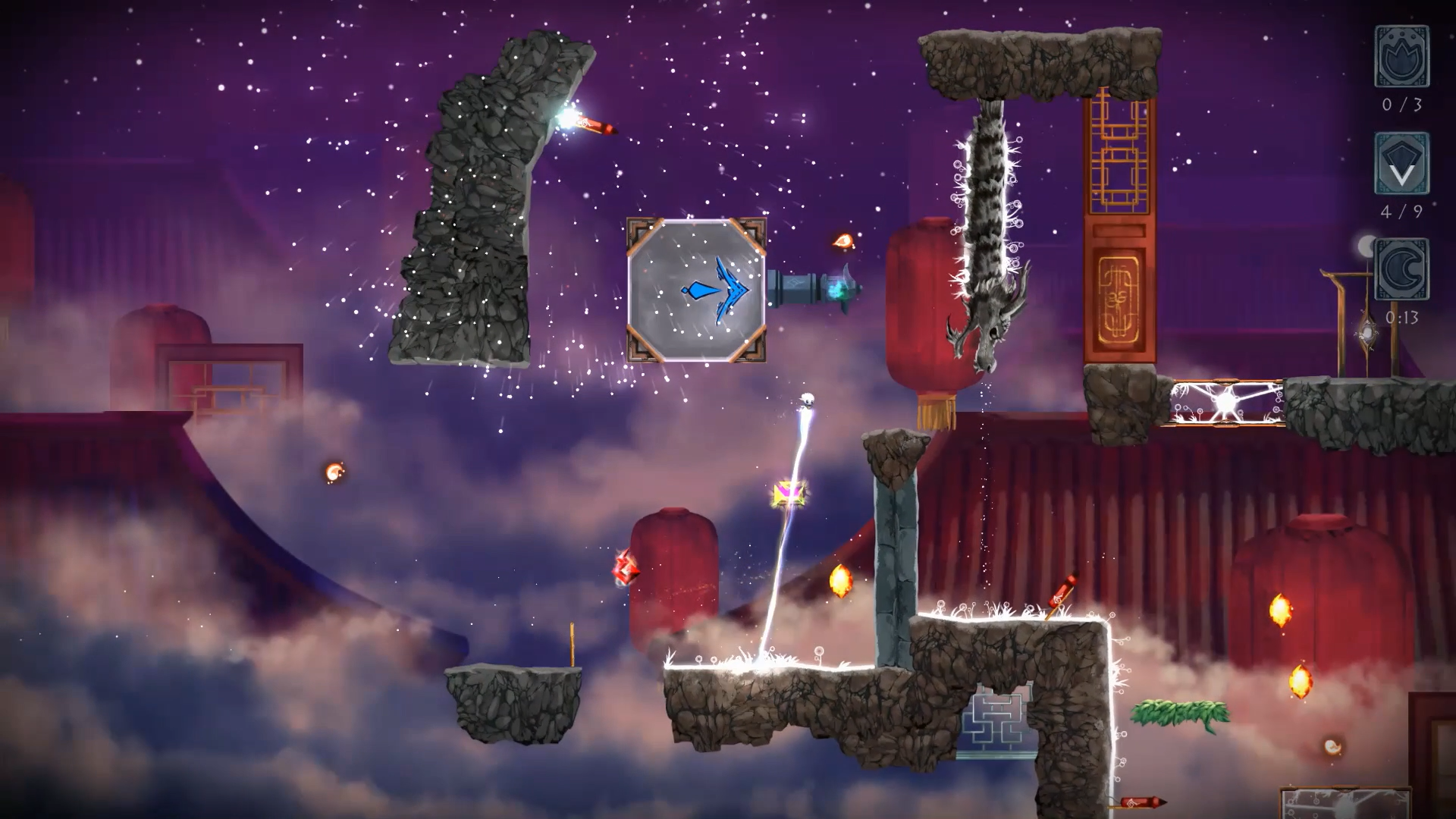 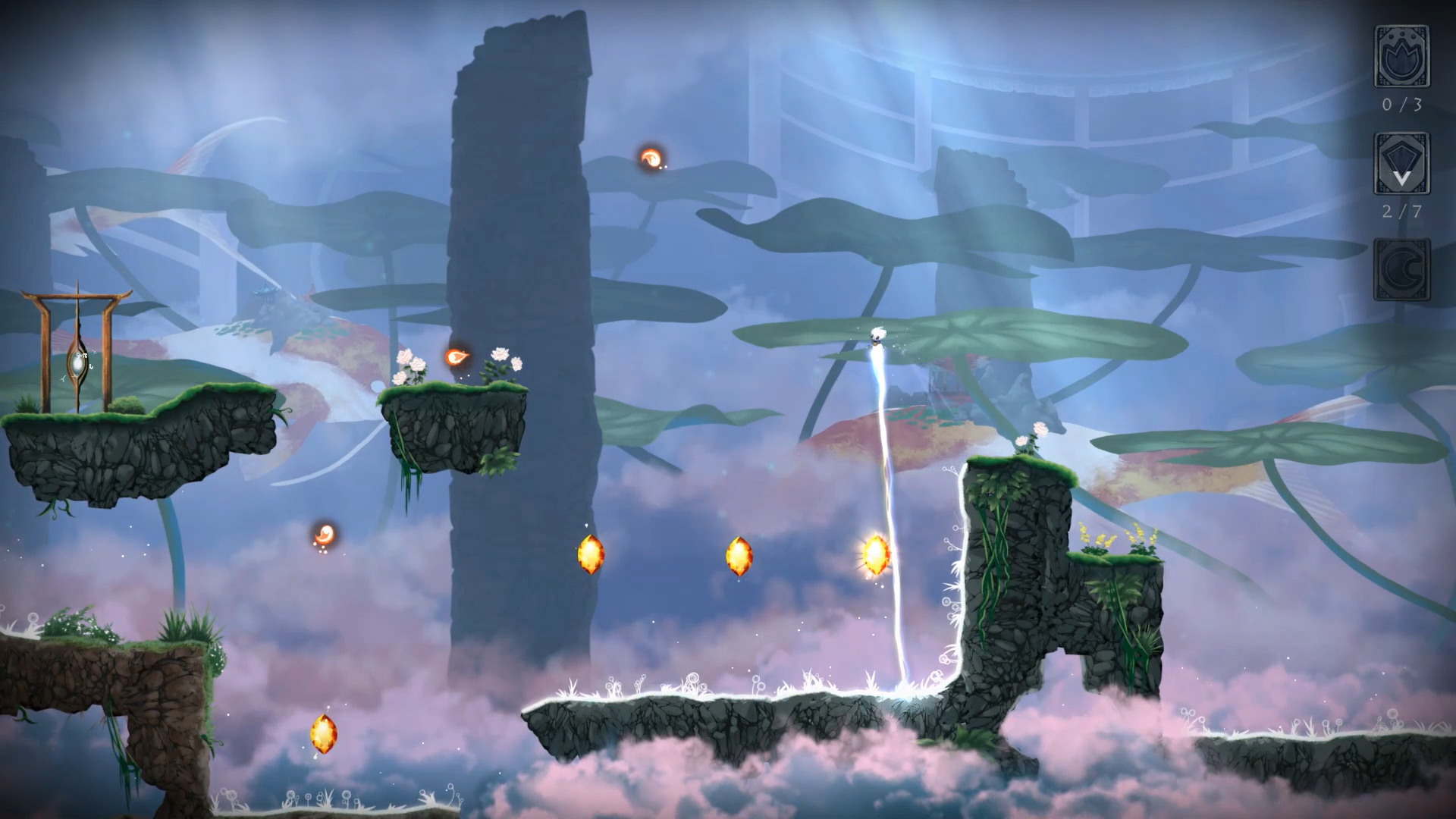 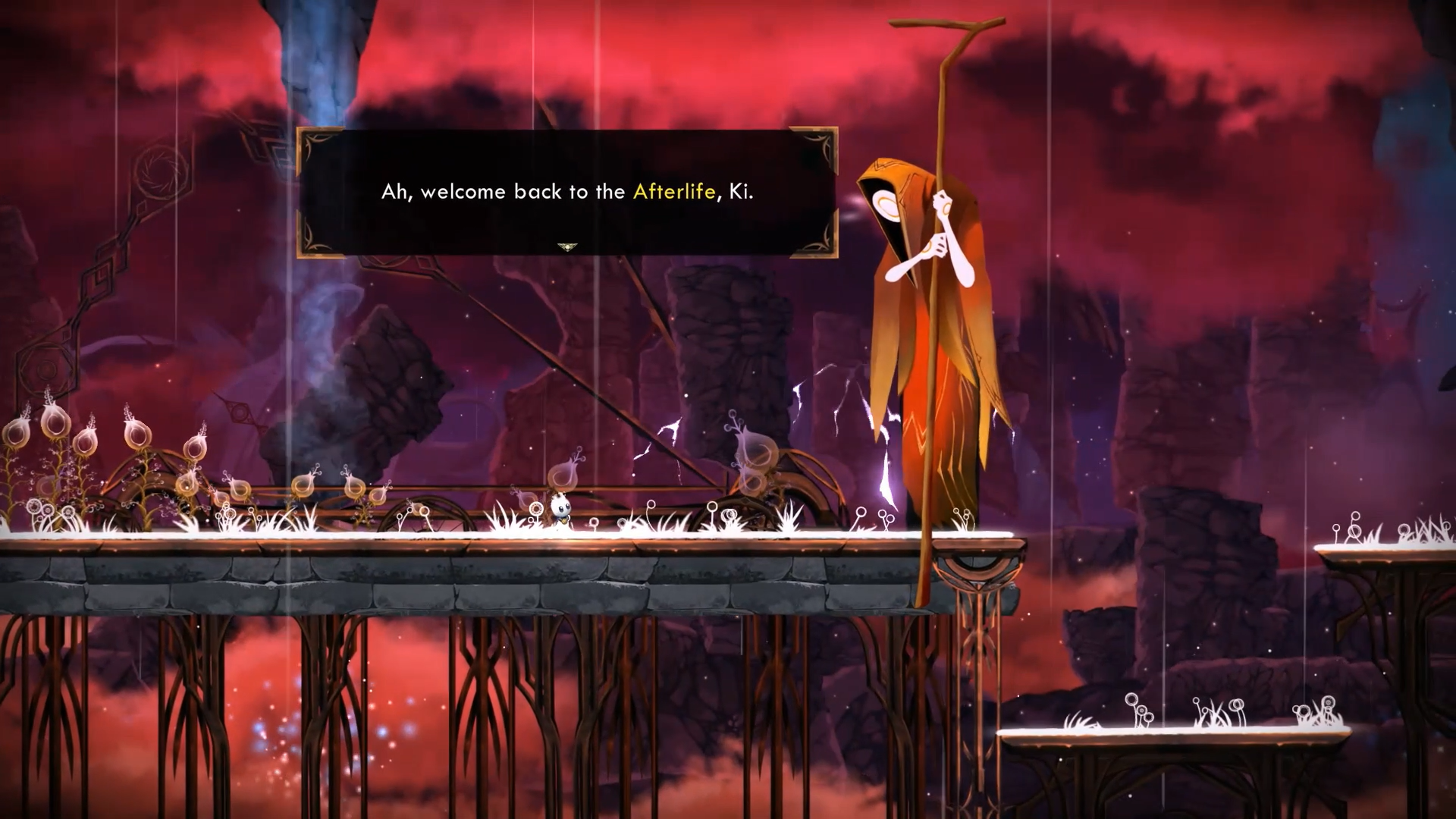 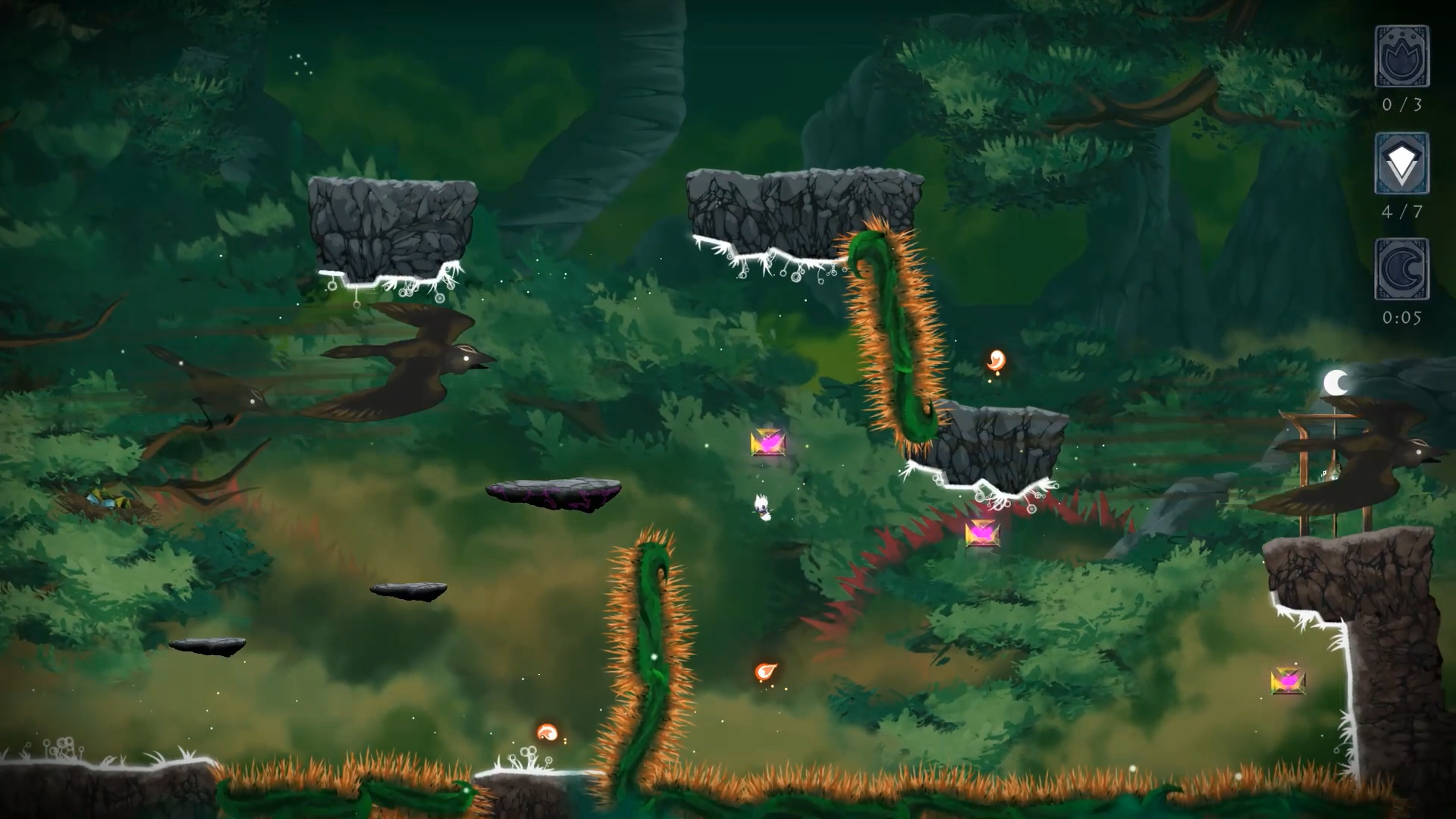 Check out the trailer at the bottom of the page to see the Soulflame mechanic in action.

With a story set in the afterlife which explores big themes of memory, life and death, it feels like a very personal game. Tell us about the inspiration behind it.

It is a very personal game. Evergate’s story started with a vague desire to be meaningful but my grand ideas weren’t grounded in a reality we could connect with. It evolved over the years to reflect the personal challenges my family and I have gone through and with it came a story that was meaningful to me. The tropes I started with fell away and were replaced by my own stories. Ki’s journey explores a relationship with her brother that mirrors my own stories I share with my brother. It touches on our closeness as children, the strain of growing up, and the heartache of addiction and self harm. Ultimately, Evergate is a hopeful take on the special bond of siblings overcoming setbacks and betrayals even if it takes more than one lifetime.

The game had a successful Kickstarter campaign back at the start of 2019. How long has Evergate been in development? How many people are on the team at Stone Lantern?

We are incredibly thankful for the success of the Kickstarter last year and to those that believed in the vision of Evergate. It gave us the confidence and the means to finish our first game which is a life goal for all of us. I know you probably hear stories of indie teams working on a game for long periods of time, so you’re probably used to it by now. But, it took us four years starting in 2016. It’s been many sleepless nights, epic pushes, and numerous, repeated conversations convincing loved ones that the dream was worth the sacrifice. Stone Lantern Games is Boston-based studio of four developers making their very first game. The journey to release has come with dozens of prototypes, hundreds of scratched ideas, and what’s left is a game that we’re truly proud of. 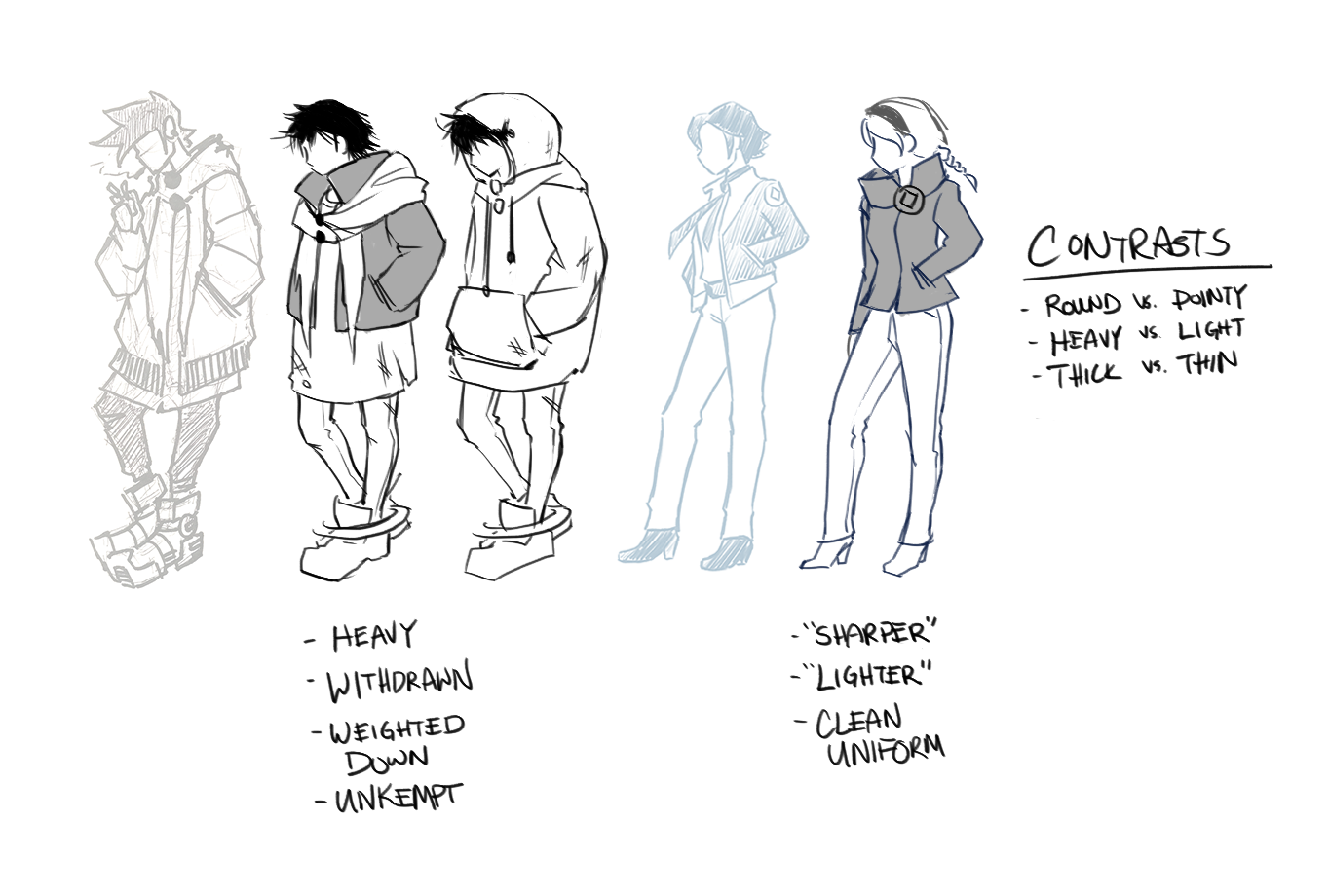 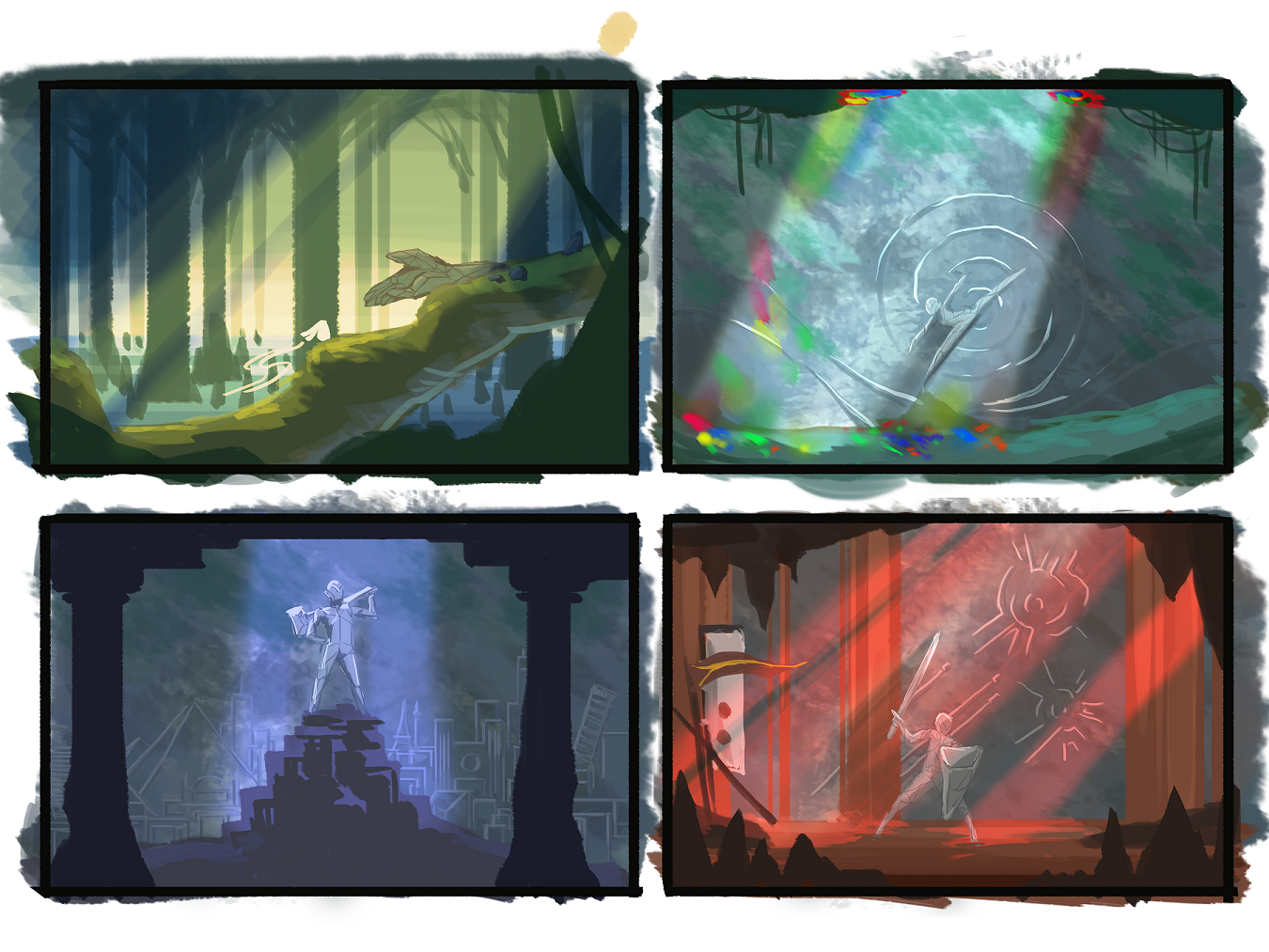 The developers kindly shared the concept sketches and design images you’ll find throughout this article.

Can you tell us about the hand-drawn art style and how that evolved?

[Cynthia] There were many styles we were looking into as the team was developing early demos, including those that looked painterly, or used flat vectors, or seemed more pencil drawn. In the end, we chose a visual style that best evoked a sense of wonder and imagination, traits that we thought helped bridge the narrative and gameplay. I was inspired by games like Child of Light since it evoked a sense of beauty and wonder. I wanted to bring some of that visual emotion into our game.

There were many styles we were looking into as the team was developing early demos, including those that looked painterly, or used flat vectors, or seemed more pencil drawn

[M. R.] A live orchestra wasn’t always part of the plan but as Evergate grew, it felt more and more necessary. Like most indie teams, we couldn’t really afford it either. I decided to dip into my own savings because I felt it was very important to the emotional core of the game. The score is long, too, with more than 2 hours of original music that rearranges itself as you play. Overall, it was a massive effort involving talented musicians from all over the world: Boston, LA, Montreal, Shanghai, San Francisco, and North Macedonia.

The music is especially emotional for me because it’s connected to my own life. The main theme for Evergate (Ki’s Lullaby) was inspired by the birth of my daughter two years ago. I even had a physical music box made for her that lulls her to sleep every night. With my son, the game and the music all about to enter this reeling world; with Evergate’s story about the complex, inescapable bond between siblings… it all feels more relevant and personally resonant than ever. 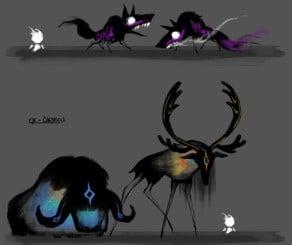 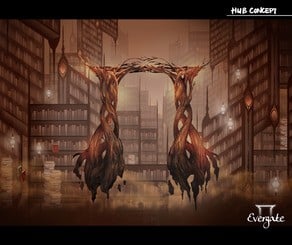 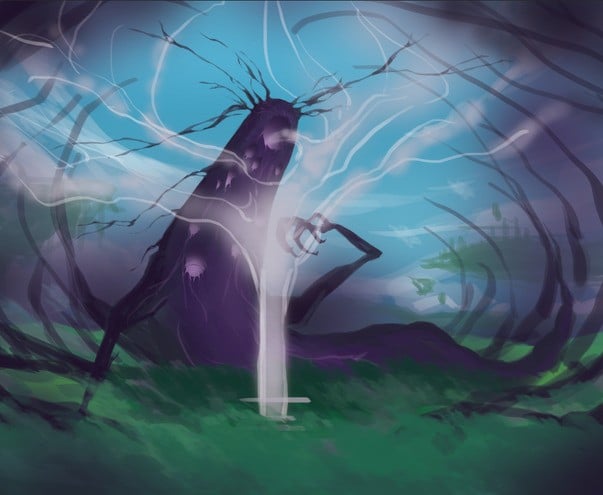 How have you found Switch from a development perspective? What’s been the biggest challenge working on the console so far?

Overall, we’ve really enjoyed the Switch development. It was our first console to develop for and with it brought many learning moments and challenges. But, Nintendo has done a great job with their developer tools which, on top of using Unity as our game engine, has made the integration pretty easy. The hardest part has been to make Evergate super performant on the Switch, but we made sure to spend the time to make sure it plays “smooth like butter” as Ariel [Wexler, programmer and designer] would say.

The current global pandemic situation seems to have affected larger companies more drastically than smaller teams. How has Stone Lantern adapted to quarantine life over the past few months? How much has it affected development on Evergate?

For those of us that work in the Boston area (everyone except Mike), we got used to working together in an open room at my home. But when Covid-19 hit, like many, we weren’t able to meet in person. In fact, quarantine started at the same time as the birth of my first child, so there were plenty of things needing changing. At the end of the day, we were able to adapt pretty quickly and keep development on course. While it was relatively easy for us, we have so much respect and give all the support to the front line workers during the pandemic!

Honestly, the biggest bummer will be struggling to throw the “omg it’s finally done!” party we’ve all been waiting for when the game releases.

Do you have a release date locked in yet? What’s left on your development to-do list?

We have some very exciting plans for the launch and we hope to be able to share something very soon. At this point we’re development complete and are making sure the build is ready for launch!

What other games has the team been enjoying when not working on Evergate over the past few months?

Ariel and I play Rocket League pretty regularly, a fact that hasn’t changed over the last few years. Nights usually end quicker than expected when we agree to “play until we lose”. I’ve picked up the addiction of Stardew Valley again as a way to release stress and at first it was going well, but he forgot about how stressful it is to water all the crops, pet all the livestock, mine for ore, and save time to give an amethyst to Abigail. Ariel has picked up Deep Rock Galactic recently and his quarantine haircut is beginning to match his new dwarven avatar. Mike finally has had time to dive into Kingdom Hearts 3. He waited more than 10 years for it and then it sat on his shelf in its shrink wrap for another year while we finished Evergate. Cynthia occasionally plays competitive Overwatch with her friends but always has a playthrough of fun games on Twitch running in the background while working.

Finally, anything you’d like to add that we haven’t touched on?

Ariel would like to point out that making a game the size of Evergate as your first game was a bit overwhelming. He’s looking forward to trying his hand at a few smaller projects before taking on another four-year behemoth.

Our thanks to the team at Stone Lantern. Evergate will be out on Switch later this year.