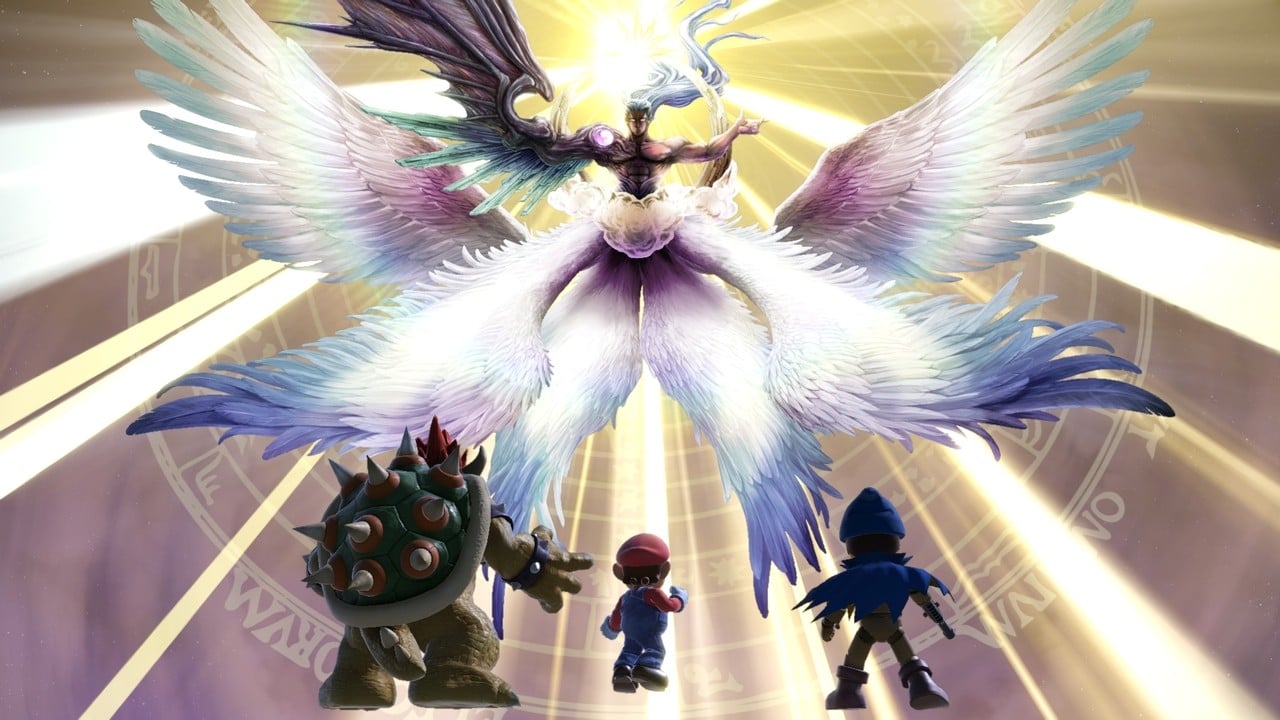 Geno’s Mii Fighter costume made a return to the Smash Bros. series this week, and although it’s a bit of a letdown for some – as we’ve already said this weekend, it’s arguably better than nothing.

To acknowledge the return of this outfit, Super Smash Bros. Ultimate director Masahiro Sakurai has now shared one of his photos, which is seemingly a nod to the Super Famicom title, Super Mario RPG – the game Geno originally appeared in.

GoNintendo does a good job explaining what all the fuss is about (below is the original scene):

“you can see Mario, Bowser, and Genu facing off against the Final Smash of Sephiroth. This image is a direct reference to Super Mario RPG, as it features three characters you can have in your party. Sephiroth’s inclusion is a nod to Culex, a hidden boss in Super Mario RPG that was meant as a nod to the Final Fantasy series.”

Of course, there were mixed responses to the above tweet from Smash Bros. fans:

Sakurai knows how we feel but honestly would you rather have the Geno Mii Costume or no Geno at all? pic.twitter.com/dlbtX8q30f— Brenda (@TrippyBrenda96) December 20, 2020

Hes probably referencing this boss battle. A real disapointment he and Nintendo didnt actually go and put him in the roster, the fanbase for the game have waited incredibly long with high hopes. At the end of the day Nintendo is full of business men and devs, not gamers pic.twitter.com/WWuES18pow— Clapp🐝 (@Clapp97925200) December 20, 2020

Regardless of what you might think about this photo, it’s clear Sakurai knows his stuff when it comes to classic game releases. How are you feeling about Geno returning as a Mii Fighter costume days later? Share your thoughts down below.