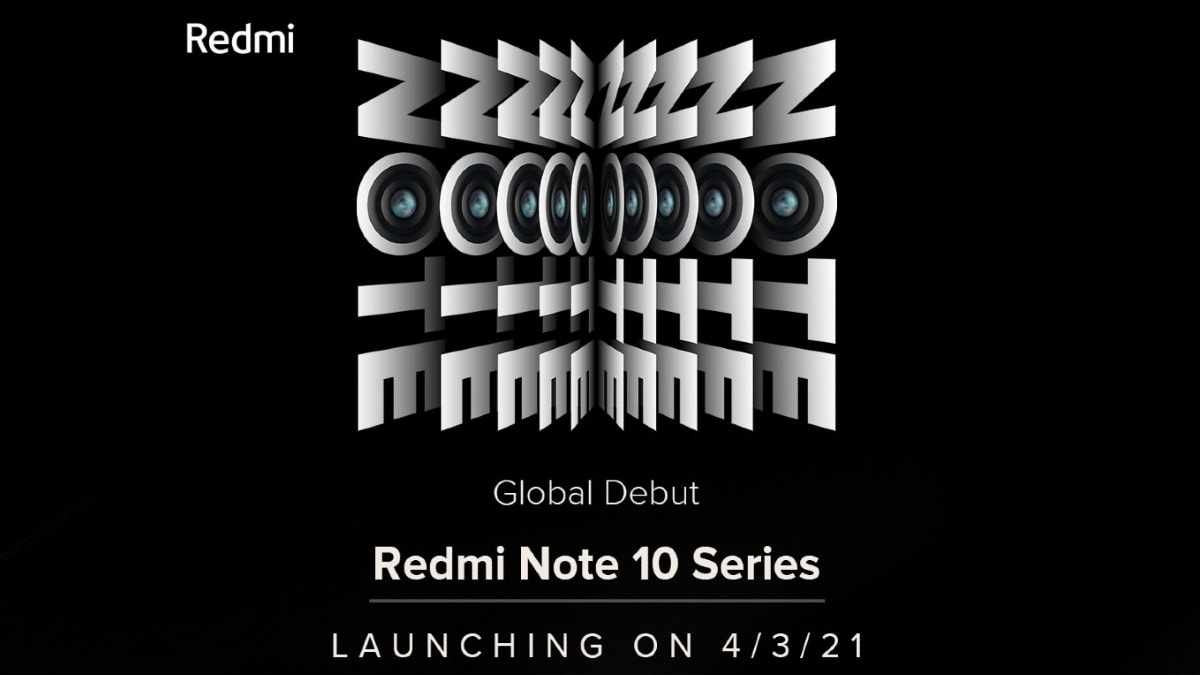 Xiaomi revealed the launch date of the Redmi Note 10 series through a tweet posted by the official Redmi India Twitter account. Xiaomi Vice President and its Managing Director in India, Manu Kumar Jain also tweeted the launch date through his account. Separately, Xiaomi sent media invites for the launch.

Although Xiaomi hasn’t yet revealed how many models will be available under the Redmi Note 10 series, it is likely to introduce at least two options initially — the regular Redmi Note 10 and the superior Redmi Note 10 Pro. Both new models are speculated to have 4G and 5G connectivity options.

The Redmi Note 10 series will be available for purchase through Amazon alongside other sales channels, as confirmed from a landing page featured on the e-commerce site.

A purported screenshot of an Amazon listing was recently believed to suggest March 10 as the Redmi Note 10 series launch date. However, that could just be pointing out the availability schedule of the new series in the country.

Both Redmi Note 10 and Redmi Note 10 Pro purportedly received certifications from bodies including the Bureau of Indian Standards (BIS) and the US Federal Communications Commission (FCC). The smartphones are expected to run on Android 11 with MIUI 12 on top. In the series, the Redmi Note 10 Pro is tipped to have a Qualcomm Snapdragon 732G SoC and a 5,050mAh battery. It is also rumoured to have up to 8GB of RAM and 128GB of onboard storage.

In contrast, the Redmi Note 10 could come with up to 6GB of RAM and a 64GB storage option. Processor details of the regular model are yet to be revealed, though.

What will be the most exciting tech launch of 2021? We discussed this on Orbital, our weekly technology podcast, which you can subscribe to via Apple Podcasts, Google Podcasts, or RSS, download the episode, or just hit the play button below.