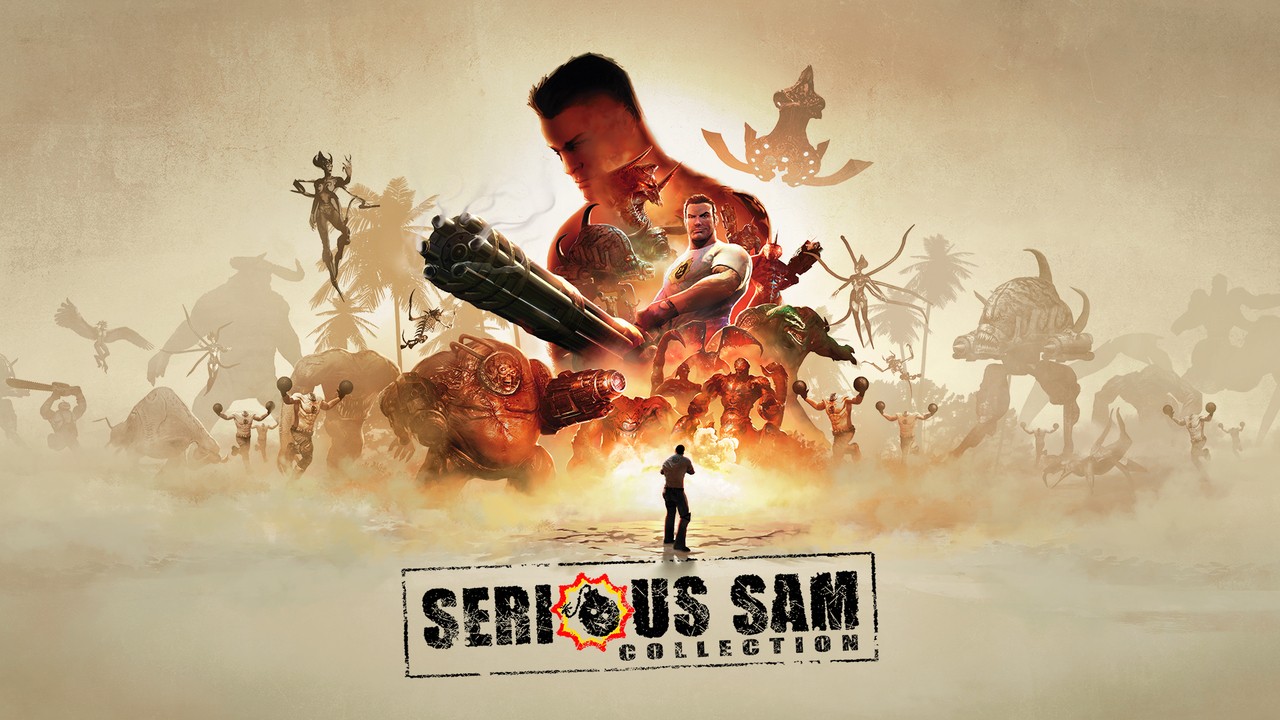 The central joke of Serious Sam is that he isn’t very serious at all. And nor are his games. In fact, they’re extremely silly, and if they don’t start behaving they’re not going to get any sweets. Yes, Croteam’s long-running flagship FPS is a gleefully daft blaster that revels in throwing as many enemies at you as possible, creating huge, ridiculous battle sequences that can be genuinely exhilarating. 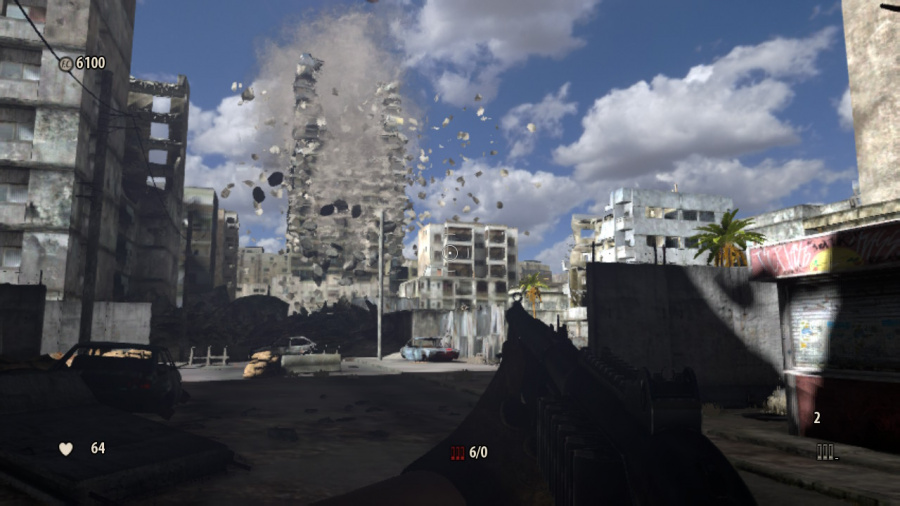 Still, what is here represents the core of the series, and it’s more than enough to be going on with. Unfortunately, the way these games are presented here is a very mixed bag, some of which is downright heartbreaking. This should be a very easy recommendation, but the performance is – at times – utterly wretched, to the point that we question the wisdom of releasing the thing at all.

First Encounter runs at 60fps in both Switch modes, Second Encounter targets the same when docked and usually managing the same in handheld, but Serious Sam 3: BFE is a hot mess – played on the go, it can barely sustain a decent framerate; the larger the area, the worse it gets. Chugging performance and outright (and frequent) hitches make this a difficult prospect. It’s a little better in docked format, but handheld play really does feel like a no-go. The options menu offers the choice of a “performance” mode… but that’s the mode we played the majority of the game in. It really doesn’t improve matters enough to fix the issue. 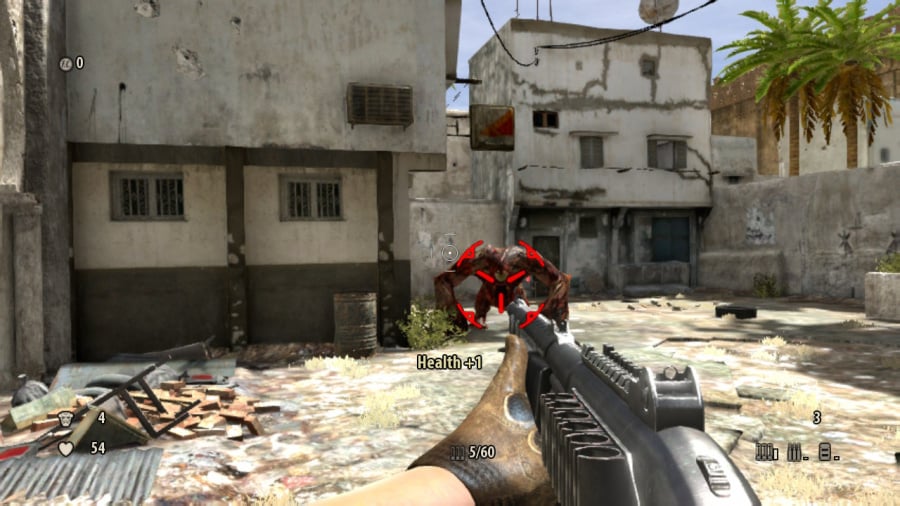 All that said, it’s far from unplayable, with a few caveats. The controls are just fine, but we personally found the intensity of Serious Sam made the game extremely difficult with the slightly loose Switch analogue sticks in handheld mode. In the menu, you can switch on auto-aim, which makes a reticule appear around the currently targeted enemy, and we heartily recommend this for a breezier and less frustrating experience. Purists will rubbish this, but as we all know, purists aren’t worth listening to on any matter whatsoever (except perhaps water purity, which is life or death).

When you’re able to ignore the performance issues, Serious Sam Collection can be excellent. Movement and aiming (using the optional auto-aim) are very responsive indeed, surprisingly so given the technical issues. Level design is uniformly strong; while the stages are very much “wide-linear”, they’re rammed with fiendishly-hidden secret areas and generally paced very well. BFE is an exception, making you play through three very long, very dull levels before things even remotely pick up, but it’s still far from bad overall. The focus on throwing many, many enemies at you can occasionally cause fatigue – especially in the later game where the onslaught is relentless – but that’s also the appeal of this series; overcoming ridiculous odds, as a memorable cast of monsters charges you. There’s a reason the headless, screaming kamikaze bombers are so iconic. 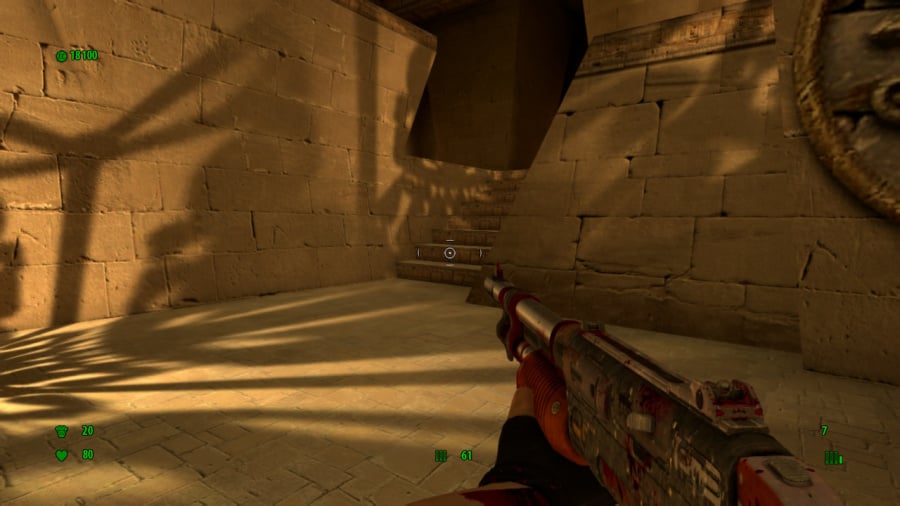 There are 50+ levels here, a whole host of weapons and hundreds of devious hidden areas and items to find. It’s a thoroughly robust package and great value for money, provided that the atrocious performance of Serious Sam 3 doesn’t totally kill the fun for you. Switching games is effortless (though there’s a fair amount of loading here, especially when you die), there are tons of options to customise your game, and generally, it’s very polished – except, sadly, where it seems to count for a whole third of the collection. There’s full online and split-screen play here, which is a great inclusion, though we weren’t able to find any games online at the time of review. Besides the visual issues we’ve mentioned, there are no compromises with this collection; this is a full-fat presentation of Serious Sam.

Serious Sam Collection is two-thirds amazing, but the final third is a real technical mess; Serious Sam 3: BFE is one of the least impressive Switch ports we’ve ever seen. It’s playable, but surely the machine that can push out an acceptable version of Doom can manage this? There’s the potential for early patches to improve matters, but the way it is now, we can only recommend The Serious Sam Collection as a great way to play the First and Second Encounters. That’s not what’s advertised, though, and as a result, we can only give this package a cautious recommendation. A three-game collection should be a three-game collection; not two games and the faintest suggestion of one.